and a prize box filled with things that any student would drool over, including fine art stickers, magnets, posters, and magic eight ball pens!

Even if your institution can’t approve a 3D printer for your classroom at this very second, you can STILL benefit from this technology that, quite frankly, seems almost too good to be true, or something out of a sci-fi adventure.

I *am* sure, however, that each idea will be as fun as the last/next.

(And you can be quite sure that I shall be posting accounts of these nefarious, new experiments. I mean, activities. Once the new term doth begin, of course.

Speaking of which, do, please, send in your own ideas–or even just anecdotes of what happened when you tried any of these–and I’ll be more-than-glad to share them here, as well :)

A trend that’s apparently taken off, of late (within select circles, I’m sure) is APPARENTLY… the customisable or customised MAGIC 8 BALL! 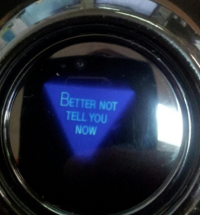 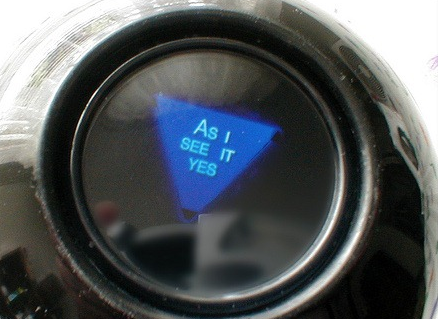 But instead of the answers that USED to show up, including:

NOW, people are (ostensibly) 3D PRINTING their OWN magic-dice-thingies!

(Not just HAVING them printed by companies, but DIYing their own 20-sided psychic die! The future is now??!) 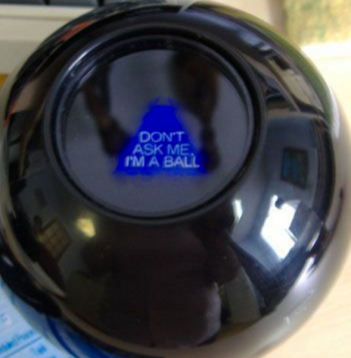 Check these out… if you dare.

All in all, this could be interpreted as:

1) a sign that the youth of today are entirely too bored for their own good,

2) a colossal waste of money, effort, and TIME (among other things) when there’s people in the world who don’t get to eat more than three or four times a week, can’t find a job, and/or don’t have a moment to spend with loved ones (oh, my poor little CEOs and fellow workaholics :( and no, I’m not being snarky, coz I come from an entire RACE of workaholics, btw! Which isn’t necessarily horrid, btw! As long as one’s HEALTH isn’t ignored, obviously…), and/or

3) a BRILLIANT opportunity for my pet project of TECHSPLOITATION, aka “taking advantage of technology to make education, health, and LIFE better for EVERYONE!”

(Though it COULD be defined as “using technology to exploit peeps in 1) new ways, 2) more-efficient versions of existing manners of exploitation, and/or 3) — uh oh, I’m doing it again. Sorry. Sorta…)

I’m gonna go with #3 (although #1’s definitely true, where “youth” = basically anyone alive today, and please note that I did say BASICALLY, coz there are, to be sure, all sorts of thoroughly-WONDROUS humans out there who aren’t lazy and, like, sheeple-ness whatever. But that’s another diatribe for another day, yay).

Just THINK of how many applications one could use this for! Speech topics, ice-breaker questions, even “feedback on presentations!”

Or, like, “ways of shutting down students who keep asking if we can go outside on a field trip to the beach instead of taking the pop quiz” !!

Methinks this calls for an episode of To the Secret Lab! Schoolmarm’s Day Out, in order to make a few of these things, and then post a “here’s what happened,” and a “how to make one of your own,” and all sorts of other fun and games.

Check back in a few hours and maybe it will have happened as I’ve said, and also been posted online for all to see! 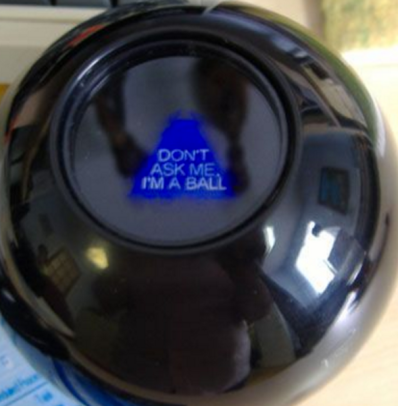 Could AIO Robotics be the most AWESOME company in the whole WORLD?! 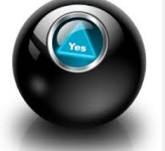 Why? BECAUSE! Just LOOK at what you–yes, YOU!–can PRINT OUT… right in your living room!

The future is NOW! (Yay for technology!)

Click on this friendly robot below for even MORE info, straight from the…Robot’s…mouth. (SORRY! It’s like someone implanted a 24/7 Cornball Chip in my brain.) 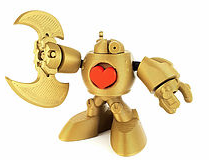 (Review of ZEUS by guess who COMING SOON! God willing…!

For the moment, however, feel free to check out some photos of the delectable 3D Printer and Scanner by AIO Robotics.)

I’ll give you a clue: it’s related to the main focus of this site. (Mostly.)

Was Flappy Bird an addictive game–or were the addicted players just…addicts?